Any AUS or NZ company 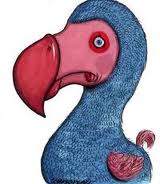 A company is in receivership when a receiver is appointed by a secured creditor because the company has defaulted on a loan repayment.

A secured creditor is someone to whom the company has given a "charge", such as a mortgage, over all or part of its assets in return for value, often loan funds.

The receiver, also a manager

Receivers usually known as “receivers and managers” can carry on the business, or close it down, or sell it off. Their principal task is to realise sufficient funds to repay the secured creditor and they are not there to deal with claims from creditors.

Receivers do not owe any general duty of care to the shareholders. However, the receiver must report to ASIC on any matter which may be irregular and which could cause ASIC to look into the conduct of anyone involved with the company's management or control.

Companies can be both in receivership and either administration or liquidation at the same time. If that occurs, receivers generally run the company because they have control over the secured assets, which are normally all the assets of the company. Where receivers alone are involved, they have power over the assets in respect of which they have been appointed. The directors remain liable to perform their statutory liabilities, such as the filing of annual returns and will retain power over any assets which are not the subject of the receiver's appointment.

Voluntary administrations are often used by banks today rather than appointing a receiver because they provide an opportunity to enter into a Deed of Company Arrangement, they freeze creditor action and they avoid the negative perceptions associated with the somewhat private appointment of a receiver.

What does it mean to you as a shareholder?

It is not good news. Generally by the time a receiver is appointed, the company is insolvent or not far from it. There is little, if any, value left in shares. Treat with extreme scepticism any statements your company makes to the contrary.

If the company emerges from receivership and is resuscitated (often by “backing into” the corporate shell a new business or another business and raising new capital) existing shareholdings are heavily diluted.

If the company ends up in liquidation, the chances of any distribution to shareholders are remote.

You should remember who your directors and executives were and resolve to avoid in future any companies they may be involved in.

If your company has been delisted or is suspended from quotation it may be in receivership. There are three ways of finding a company that is in receivership:

Insolvency: a guide for shareholders